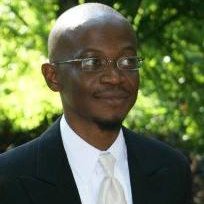 Flex Academies President Joshua Chernikoff interviewed Jude Abanulo, CEO of STEM Afterschool Academy. Abanulo spoke about how the partnership with Flex has allowed STEM to expand to many new schools. Abanulo also talks about his program: Students are fascinated by the engineering, technology, math and science they are exposed to — and it’s all presented in such a way that they don’t even realize they are learning.

Jude Abanulo: The partnership allowed us to reach out to a bunch of schools which we weren’t involved as a company. Beyond expansion, it’s also taken away some of the logistics that we would have had to deal with such as advertising and communication with the PTA and also with the school, if that needs to be done. I would say that two things that have been accomplished are one, logistics and two, potential expansion.

FA: That’s great. So it gives you an opportunity to do what you are really passionate about — instead of pushing papers, you can follow your passion. So talk about what is your passion and what is it that you guys do in schools.

JA: Basically the STEM Afterschool Academy’s focus is to give kids engineering, science, technology and math. We do that in a fun atmosphere, where the kids get to build robots — not just build the robots, but they get to program them and execute a task. It also allows the kids to see how computers are put together. For instance, we have a program where the kids build an FM radio. They actually see what the components are and how they are put together. I like to talk about it because the ignition to your car today is different from that of a car in the 70’s, which was fully mechanical. Now, the ignition to your car appears to be mechanical but it is really not mechanical. Behind the keys you turn is a circuit board so the kids need to know how that functions and what makes it tick. So we allow the kids to actually get an idea of how things are put together and we also introduce them to things like teamwork and critical thinking. So it’s not all just adding 1 plus 1.

FA: When you are doing everything from teamwork to robotics, talk about what it’s like for you as a teacher and your other instructors. What do they see on these kids’ faces?

JA: It’s always amazing. No matter how many times we show up, as soon as they see the box we carry in, it triggers, “Oh, we are going to be building something today?” You have the excitement and they want to help you carry the box in and pull things out. Whenever we have a task, let’s say we have a track, in which the kids have to program a robot to follow those tracks at any point and maybe execute some action, even if it’s not completed at a time when we need to leave, you find out the kids don’t want to leave. They want to stay to carry it out and that’s not typical.

Flex: Your kids are excited when they leave. Talk to us about what is exciting coming up for your company and where you hope to go with this.

JA: The focus here is Montgomery County. We would like to expand and be the “go to” company in regards to STEM provisions in the county. We also want to provide quality instructions to the kids and get to a point where we would have the schools in the county compete with things like robotics. You know you have FIRST Robotics, but I mean have a county thing where the kids come together and it’s just going to be a fun thing. And the parents get to know each other and hopefully that will transfer into a lot more to be done in the educational sector. I’m not taking anything away from what is being done in Montgomery County. We could argue that Montgomery County is one of the best in the state, if not in the country, so something good is being done but we can always strive to be better.

FA: We think you are doing a fantastic job and we want to be along for the ride and be there with you in Montgomery County and hopefully when we go to other places like Connecticut, New York, Boston, California, and take STEM everywhere. So keep up the great work!

JA: STEM Afterschool Academy is expanding to Philadelphia and we are actually having our first site in Cambridge in the UK.

To watch this interview, please visit our Video On Demand site.