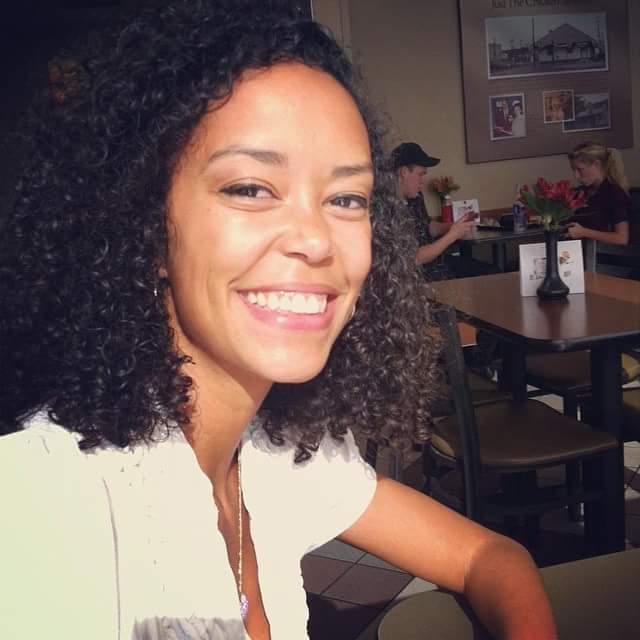 Flex Academies President Joshua Chernikoff interviewed Watkins Elementary School Onsite Coordinator Chantae Polite, located in Washington, DC. Polite spoke about how fulfilling it is to see the joy in the children’s faces during and after their classes and how parents echo that feeling. Coordinators like Chantae Polite are one key to Flex Academies’ success.

Chantae Polite: My role as an onsite coordinator, I like to say, is like an “ominous buffer.” Most of the time I am there interacting with the kids before and after the session, and during the session I usually just kind of peek in and make sure everything is going OK. In the event there is an incident, that’s when I step in and make sure the vendors have the opportunity to still work with the kids that are already there. I can address any problematic issues, such as the kids who have forgotten that they have enrichment that day, and kind of hunt them down and communicate with the parents or possibly find them from wherever it is they have gone to which is usually another classroom, or something like that.

In the rare chance that a vendor is running late or maybe hasn’t shown up, I’m able to collect the kids, bring them into their room and make sure they are looked after while we locate the vendor, which happens very, very rarely. But in that event, it’s nice to have someone there who is looking out for the kids — that allows the program to still run smoothly. It makes the parents feel comfortable knowing that the kids aren’t left to their own devices when there is an incident.

Flex: Talk about the feedback that you get from parents because in your role, especially after the activities are over, you get to meet the parents. What do they talk to you about?

CP: A lot of times the parents talk about how excited the kids are, specific activities they said they’ve done and parents will usually have questions to clarify what it is. Most recently, in Mad Science, there was a lesson plan that had to do with magnets and so the kids got a little toy and got to take it home with them. The next week, when I talked to the parents they said, “My kid loved getting the toy and he was so excited.” So I get to hear that firsthand when I’m bringing the kids out to the parents. It’s very nice to hear the parents relay that same message that their kid takes outside the enrichment lesson, those same positive, excited feelings.

Flex: What’s the feedback that you get from the administration? You are a fantastic onsite coordinator and super-proactive. I think that you probably take a lot of worry and work off the desk of the administration at a time when they are trying to wrap up their school day. Is that true, and can you elaborate?

CP: I would say so. I definitely noticed when I was at a school that had a really large enrichment program, I think it was around 200 kids, and there were four or five class sessions a day, three days a week, so that meant that someone had to make sure each of those kids got to where they needed to go and with any weather problems where sessions were having to be cancelled or anything like that. It was my role to make sure that was communicated to the office staff as well as the vendors and the parents. Flex’s back office staff does a great job of communicating those things but it’s nice to have that second touch to give it a reminder, but more importantly to relay any additional information or answer questions.

Even though the back office staff does a great job of communicating what is going on, everyone likes to talk it through in person, I found. That’s a big role that an enrichment coordinator offers to the school administrators.

Flex: I know this role that you do. I’ve done this role. It’s high pressure, it’s tough, but I can certainly sit here and talk about some really touching moments that I’ve experienced. I’ve seen you talk to parents. I’ve seen you get down on one knee and look kids in the eye and talk to them. Can you give us one anecdote of something that you’ve stopped and paused and said, “Yeah, this is why I do this”?

CP: I’ll say that taking that winter break and not seeing the kids for almost an entire month and then going back to the same school after being away and seeing the kids in the hallway and their excitement to see me, even the ones that maybe didn’t have a session that day or didn’t sign up a second time, really gave me the warmest feeling. I feel attached to these kids. I feel attached to their happiness and their well-being. Seeing their excitement in return, and that just having me there makes them happy, is an affirming moment for me, like this is the right role for me and this is the right role for the school and these kids.

Flex: Well, keep up the great work. You are amazing. I know you are at a lot of different schools and also with the Nats Academy [a Flex program run in conjunction with the Washington Nationals baseball team]. You do a fantastic job wherever you are. We really appreciate you.

To watch this interview, please visit our Video On Demand site.